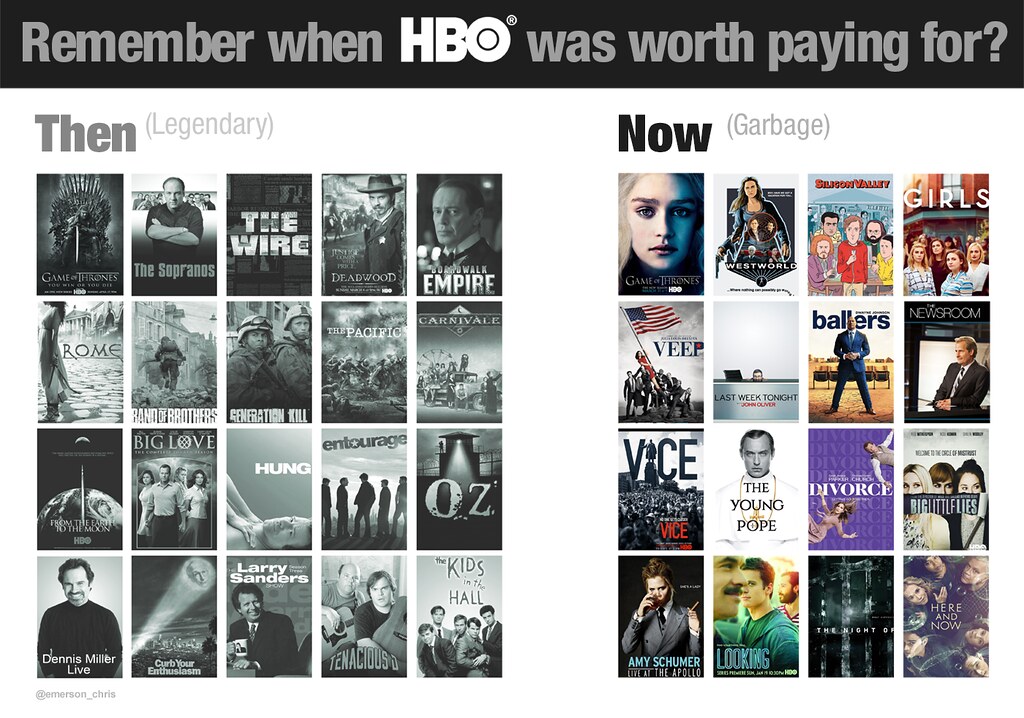 I was missing the old, legendary shows of HBO recently so I threw this graphic together. I’m not sure if HBO will ever return to it’s former greatness but here’s hoping. I heard a rumor there might be another Deadwood “movie” getting greenlit soon but they need solid shows/series again not one-offs.

“President Trump Google Doodles” is a browser extension (plugin) I made for Google Chrome that does two simple things:

I won’t get into my reasons on #1 as that’s a whole separate post/topic. Article at the bottom is generally related – but topic too complex to get into here.

As for #2 … actually before I added this my original idea was to create an “American History” version of Google Doodles that would include all the well known (and not-so well known) American holidays, achievements, people and events … since in this day and age American history is under such constant division, derision, revisionism and general attack it’s easy to lose grasp of what made our country great.

Unfortunately as I compiled a list of topics and general logic for the project I realized it would take me a LONG time to finish (if done right) as it would mean creating 300+ images!  So I pivoted the project to instead simply showcase photos of the President Trump for now. I may/may not revisit the original “American History” idea in the future … if/when I have the time to do it right. But honestly I enjoy the photos of the President so much I may wait a while. 🙂

I realize the list of people out there who might also want the above stuff may not be very long (or maybe not?) but if anyone is curious give the extension a try – it’s free of course! Details below.

Ok that’s all – if anyone tries it let me know what you think!

PS: By the way if anyone just wants to get rid ot the Google Doodle image (w/out using this President Trump extension) here’s an extension by someone else that does that: http://bit.ly/DoodleBlocker