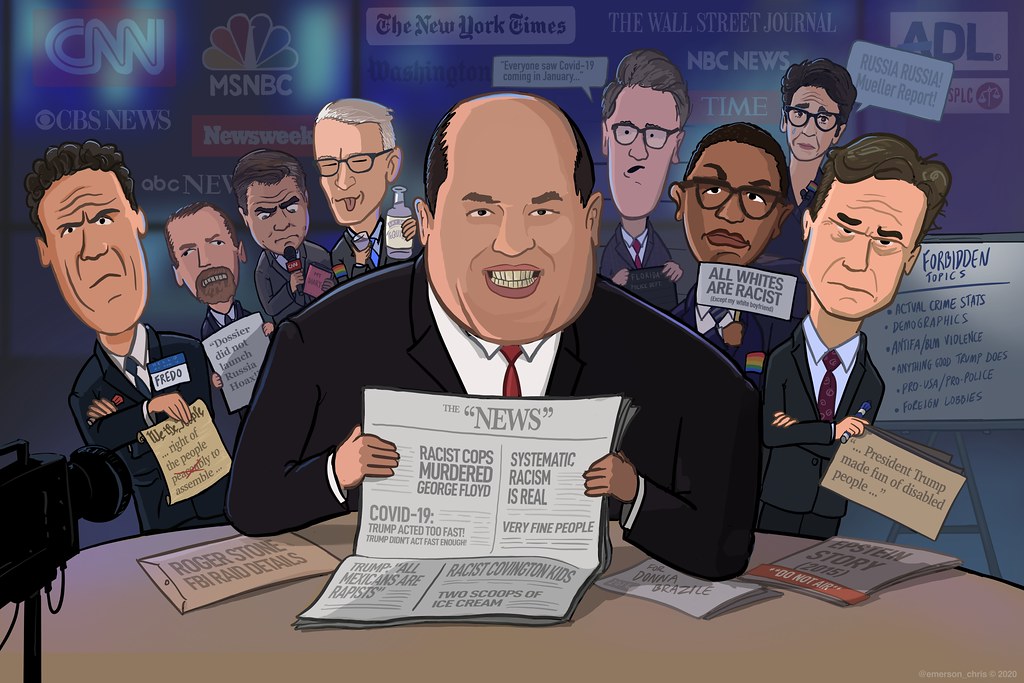 Imagine if these people and their organizations ever had to pay for all the damage they’ve caused to America.

FAKE NEWS IS THE ENEMY OF THE PEOPLE!

We must never get tired of holding our media accountable.

The mainstream media today is the biggest purveyor of fake news.

The Fake News is so BUSTED. pic.twitter.com/VBuKBBQu7q

🔥montage of the MSM hyperventilating over the now-debunked Trump-Russia collusion hoax pic.twitter.com/Iq3BuzDEH9

.@CNN media panel defends flood of #FakeNews from liberal media, it's why you should trust them #TTT – In one of the most asinine discussions about the liberal media’s credibility problem, CNN host Brian Stelter took to Reliable Sources on Sunday to d… https://t.co/grm850QSL6

The original "it's just the flu bro" morons were the mainstream media itself.

The same people who demand everyone else be deplatformed for 'fake news' and "misinformation." pic.twitter.com/KGIHoDXrwZ

Hey @BrianStelter, @Acosta and @MichaelRapaport, you lying MFs want to say something to me now? pic.twitter.com/qCnq0UfHLf

#FAKENEWS #FAKENOOSE @TheView @bubbawallace Look at these clowns. Look at them. https://t.co/Dhq4uJXxKA

To see what a sleazy liar @JoeNBC is, compare the tweet below — where he claims only "Trumpists" & "useful idiots for Russia" raise concerns about Biden's cognitive decline — to the video below, where @JoeNBC months ago raised those concerns himself: https://t.co/iqqevO7f27 pic.twitter.com/8rwXgBt58g

Remember when Fake News lied to the world about “Russia Collusion” for 2+ years and we all knew it was BS but they kept doing it anyway to hurt Trump and the American people?

One of the worst lies ever told by Fake News is that they alone should be trusted, not citizen journalists on social media

Yep, the liars that sold us:

..are the credible ones..

CNN's Acosta: 'I Was Just as Tough' on Obama as I Am on Trump…go to the tape #CNN #Acosta #Obama #Trump #fakenews pic.twitter.com/OpWmsP0cMP