I realize this is a bit cringe/nerdy but after seeing the George Washington statue get toppled/defaced last night I couldn’t resist generating some kind of graphic about it. This is more of a info graphic not really an “artwork” thing. Anyhow … archiving here FWIW.

What does tearing down statues have to do with anti-police protests? Grievance against the historic American nation and its descendants. @NickJFuentes pic.twitter.com/ip71qBEulG

.@NickJFuentes: We’re in a war for our country. It’s not a game. And traitors are worse than enemies. #AmericaFirst pic.twitter.com/IHstVnpFep

And down goes George Washington.

Every politician and pundit who’s spent the last week trying to rename military bases is complicit in this madness. Your pathetic coddling of these domestic terrorists led to this. pic.twitter.com/Qi9Vc0ihlY

The Jacobin mob tearing down statues of George Washington are not protesters. They're criminals who should be arrested for destroying public property.

The liberal local officials allowing and encouraging this madness are a disgrace. https://t.co/mD3FAt2PcH

Another American flag was laid over the toppled George Washington statue in Portland and set on fire. #antifa #BlackLivesMatter pic.twitter.com/Lm9e7Q84Gr

Will add details later … suffice to say Michelle is a true patriot and I only wish I was better at painting realistic/people.

This kind of thing isn’t my specialty but I wanted to create something w/the faces of all our guys from the recent TPUSA Q&A sessions and I didn’t have time to illustrate each of them so I went w/a more traditional poster/banner graphic approach. I don’t love it but it got the point across hopefully – and most importantly got our guys faces up there. The RFK quote, I think, is pretty fitting. PS: My apologies if I missed any of the guys in this – these should be all ones from the past 3 TPUSA Q&A sessions (linked below)

Round #1 (still looking for clips)

All of this (panic) from 9 simple questions … 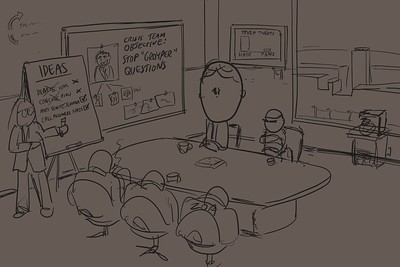 This idea is of course about the general saturation of the degenerate liberal agenda that seems to be oozing out of all tech platform thee days and how it’s all poised to get to our kids heads at as early an age as possible. I’m not in love w/the vertical orientation and overall I feel like it’s a bit too busy/confusing – but I got the main idea across I guess. And for the record there are many issues with big tech right now … this just covers the kid/brainwash angle.

What’s the point of the “America First” slogan if #FreeSpeech is gone, we’ve lost control of our government and the country’s been turned into a clown world?

Last couple weeks have been pretty rough w/the increased censorship online, immigration going from emergency to nightmare, President Trump seemingly abducted or lulled to sleep by non-MAGA people in his administration and the other usual issues in the news/culture accelerating towards the cliff at break neck speed. I’m not an Alex Jones cult follower but I recognize that his voice being taken away, along with plenty of others is not a good sign at all – especially when the people being banned/deplatformed tell WAY more truth than the mainstream news outlets etc. This isn’t my usual style/approach to artwork but the idea just popped in my head and I just went with it.

Back in 2016 I made a mod for Minecraft called “Logical Drops” which tweaked some of the items that drop off animals in the game to make survival mode more realistic. For example, in vanilla Minecraft, you get 1 to 2 steaks of meat off a cow when you kill it … meaning two meals! My mod simply adjusted that to be 10-20 steaks so A) you didn’t have to kill so many cows, B) you appreciated it more when you had to and most importantly C) you won’t die so fast from starvation! Well the mod consisted of a handful of that kind of thing. So I shipped that off to mod land and it got a few downloads from other Minecraft players (40,000+). Maybe that was the same user downloading the file multiple times? Anyhow – here’s a “mod showcase” video someone did of the mod from back then:

Well over the past few months I started playing Minecraft once in a while to kill time, etc and a few new ideas popped into my head on things I could add to the mod (some fan suggestions, others my own ideas). And even though I already had a couple weekend projects already going I couldn’t resist jumping back in to Minecraft mod work and tooling around w/updating my mod. Something about Minecraft mod work that is very hard to stop once you’ve started … at least for me.

Long story short this weekend I finally finished the updates – which included having to rename the mod to “LogicalCraft” since it doesn’t just adjust “drops” anymore – and I released the first build of it for other players to try – see links and few screens below. If/when anyone does a mod showcase video of it I’ll post it here.

Recently did a few illustrations of Nicholas J. Fuentes in Procreate on iPad. 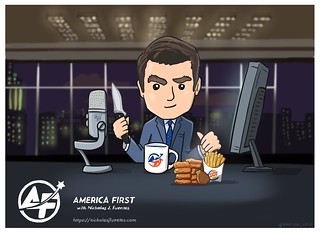 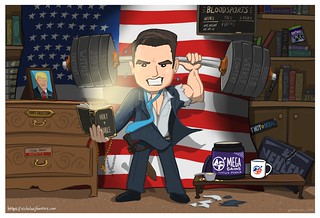 My rough pass at a Gavin illustration before things went insane after 2017. 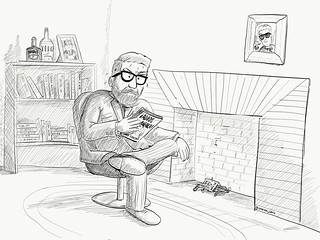 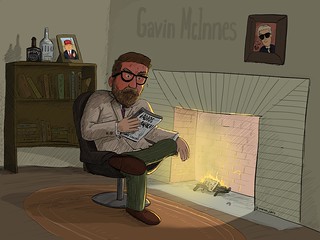 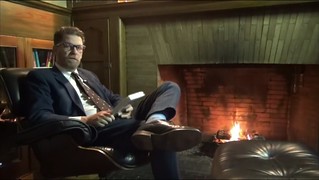 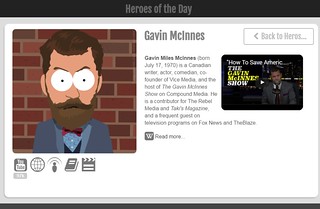